Queer: The Ultimate LGBTQ Guide for Teens by Kathy Belge and Marke Biesche.

A fun and informative guide for today's LGBT teens--second edition, updated for 2019. 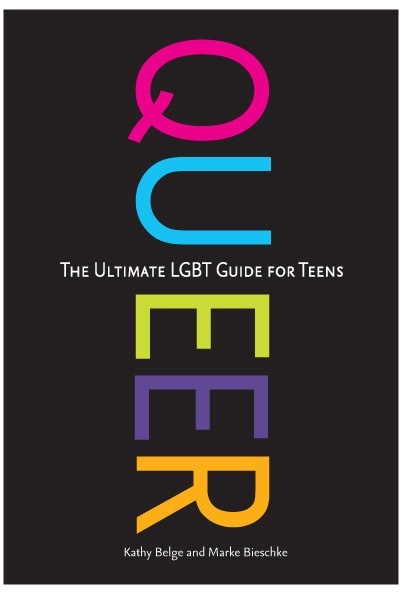 Teen life is hard enough with all of the pressures kids face, but for teens who are LGBT (lesbian, gay, bisexual, or transgender), it’s even harder. When do you decide to come out? To whom? Will your friends accept you? And how on earth do you meet people to date?

Queer is a humorous, engaging, and honest guide that helps LGBT teens come out to friends and family, navigate their new LGBT social life, figure out if a crush is also queer, and rise up against bigotry and homophobia.

Queer also includes personal stories from the authors and sidebars on queer history. It’s a must-read for any teen who thinks they might be queer—or knows someone who is.

Lipstick & Dipstick are here to help whip the most precious lesbian commodity -- relationships -- into shape. From finding a date to staying together, they help readers navigate the wild world of discovery that pulls up shortly after the U-haul drives away -- how to deal with exes, emotional baggage, and sexual dilemmas. 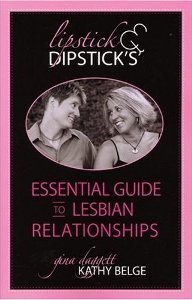 A selection of travel writing articles.

A travel article for Curve magazine about LGBT history in Richmond, VA. 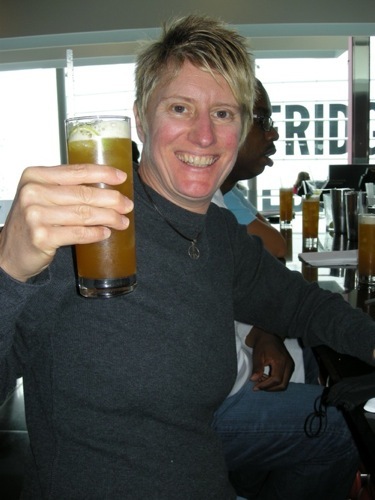 Sidebar
I spoke with Jackie Crozier the Festival Manager about lesbian life in Manchester.

Where will you always take out of town guests?
The Royal Exchange Theatre in the city centre along with a trip to Manchester United Football Club of course!

What about lesbians?
That’s easy. Taurus Bar at the top of Canal Street for lunch and Vanilla Bar round the corner for drinks in the evening.

Where is one place outside of the village that you’re sure to run into lesbians?
Chorlton. It’s about four miles southwest of the city centre. It’s probably the most varied and interesting suburb of Manchester and has a large lesbian/gay community.

Where do you take your girl when you want to go out for a nice date?
That’s a tough one as Manchester has an abundance of things to do that you are never stuck for somewhere to eat. I think first it would be a visit to one of the theatres – the Royal Exchange, The Opera House or The Palace – followed by dinner somewhere like Malmaison Brasserie.

What are you looking forward to for the 20th anniversary of Manchester Pride?
The parade is a big one. It always delivers year on year. It’s so great to see the streets of Manchester filled with thousands of spectators - young and old, gay and straight, friends and family. We will be pulling out all the stops to make sure that Manchester Pride 2010 festival will be just as exciting, unique, and goes with a bang.

Follow along as I travel the country in my 1999 American Cruiser Class B RV.

Can’t Keep a Good Woman Down 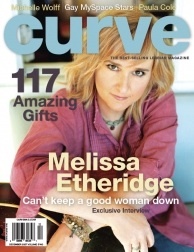 Queer: The Ultimate LGBTQ Guide for Teens by Kathy Belge and Marke Biesche.